What keeps organizations stuck in the present? 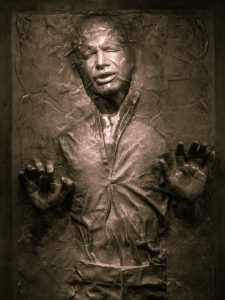 What keeps an organization stuck in the present (or struggling to get out of the past)?:

What to do about it — How to get un-stuck

3. Pose sobering, critical “what ifs” for the organization. These should be powerful changes that would require the organization to change. What do they imply you need to do differently?

4. Get beyond key biases. Tell each other what they are. List them. What are they rooted in? See more here.

5.http://Setting aside biases Armed with these self-assessments, open up the conversation about needed change. Go at it. Don’t backslide!

Other prior posts with some good insights on this: