The best time in history 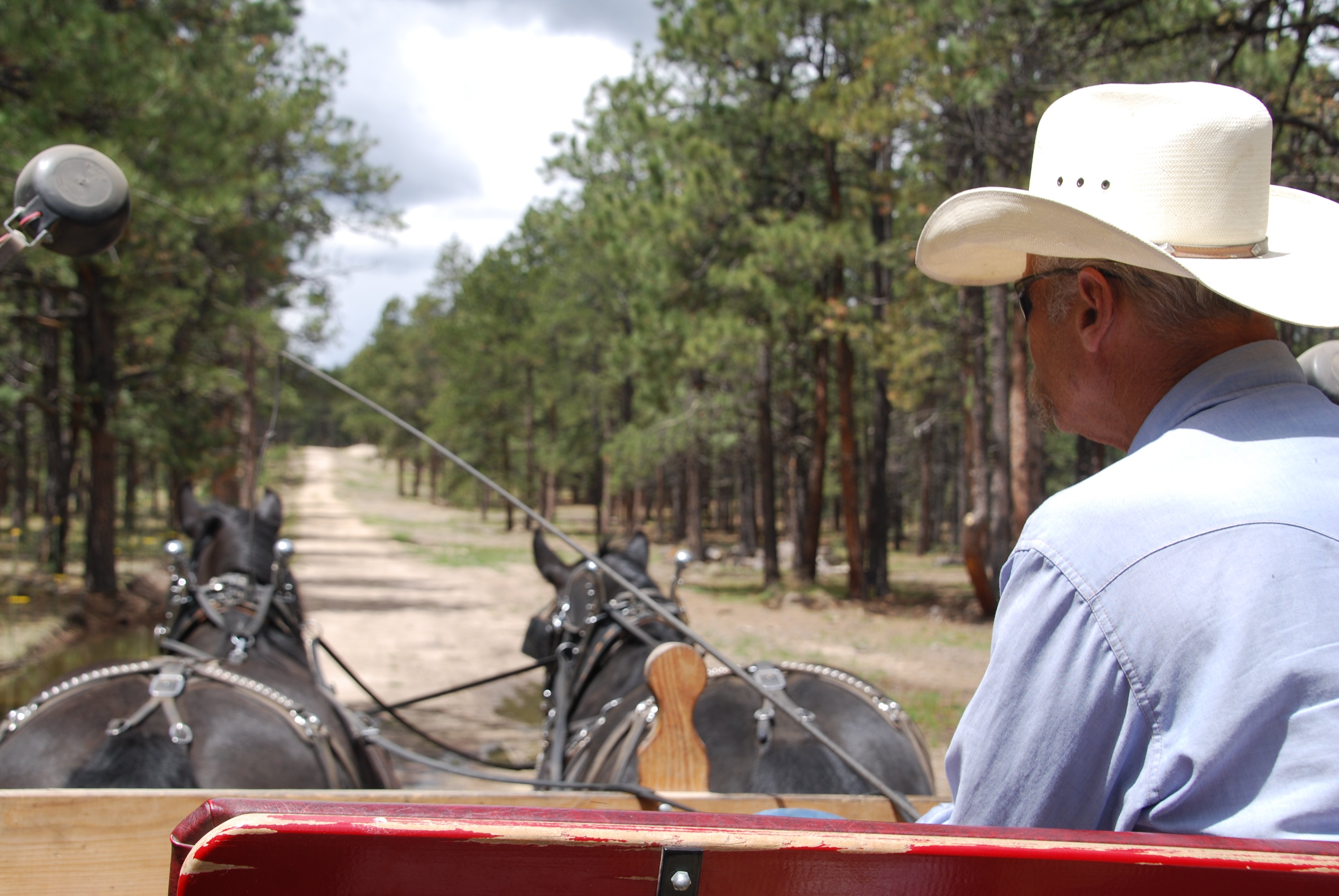 "What was, do you think, the best time in human history?"

Bob Olson, Olson Carriage & Harness, teaches people skills from the past. He is an expert at horsemanship. He shows people how to teams of draft horses pulling a wagon, carriage, or sleigh.

Bob lives and works on his ranch in Black Forest, Colorado. I met him when he made his team and 100-year-old covered wagon available for a short fiction film created by my son Robert Mahaffie. (Here is a link to Robert's film).

In our conversations, Bob and I ranged widely. And Bob was particularly challenging as we talked about the past, the future, the good and the bad in each. I knew Bob likes old things and the old ways of ranch life. He knew my work was about change, technology, and the future. But we both appreciated the others sensibilities. We spent no time on disagreement.

When we visited the Olson ranch, Bob threw a profound and impossible question at me: "John, what was the best time in history?"

He had just backed his team of Percheron draft horses, harnessed in a hay wagon, into the barn. He'd put the team, Vickie and Minnie, in their stalls and given them straw and water. Then he put the question to me, his big city visitor, my cell phone a tactile presence in my pocket. And the lack of service on the ranch having been established and lamented.

In his quiet way, he waited to see what I had to say, a gentle smile played across his face.

I had no good answer, but maybe that's the point. After being flummoxed for a moment, I told Bob that figuring out how to think about his question was what mattered, not an answer. I think he agreed, and he didn't demand my answer.

And of course, the answer depends. As with any complex question, so much depends on definitions, contexts, and so on.

We agreed we couldn't really answer the question, but we also agreed, that the best time for humans might be prehistoric times. Back then, despite the hellish risks and suffering that might befall people, despite hunger and cold and thirst and conflict, and despite the fact that you might, if you were lucky, survive to be 30 years old, by the measures of the time, with a simplicity of expectation, you might be well satisfied.

Prehistoric peoples didn't need "mindfulness coaches". They didn't worry, I think we can presume, about their or their children's self-esteem. They didn't become paralyzed by uncertainty of whether to cut back on refined sugars and add more chia to their diets. And on and on.

I'll keep pondering Bob's question. I don't expect to answer it, but expect to gain from the pondering.