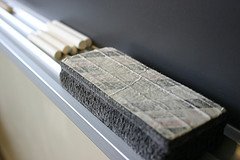 What would you build today if you started from scratch?

This is a question people in organizations, business sectors, government agencies, communities, non-profits, and philanthropies can ask to get new insights on their futures. We can't expect to throw over the old system and get just what we want, but we can free our thinking to understand our potential more and envision something better by doing this thought experiment.

The system you have is a product of history, not current and future needs. It heads into the future a relic which may not be right for new realities and capabilities. And some systems are particularly retro–the hug traditions and resist change all they can.

In my consulting work we explore this "clean slate" question for sectors which are under pressures for substantial, even transformational change. That has included primary and higher education, health care, and manufacturing, among others. Each is a set of systems and processes with deep history and strong disincentives for making big systems change.

How easy can you see 100 or even more years of continuity in the systems you are part of? The players in a system are usually happy to explore simple, evolutionary change. But they resist any comprehensive re-thinking of what exists. Their reasons are understandable, but the resistance is

What slows change are vested interests and sunk costs of the system that already exists. People are comfortable with small changes but have a hard time imagining any kind of comprehensive change. And yet it might it may be that comprehensive change which is needed.

Where the limits on change are strong, it makes a difference to do thought experiements that help people focus on how far the current system may be from what would serve its stakeholders best.

Clean slate scenarios take what seem like permanent parameters of a system and remove them as barriers. This can include the economics/cost structure of the system, the way it's organized, who participates, the technology and facilities involved, laws and regulations, shareholder concerns, the geographic distribution, and so on. Posing a clean slate scenario is a moment for dropping all of those seemingly fixed parameters. It requires suspending concern for what is true today and what exists.

A breakout group in a workshop I led gave me the perfect example of a "clean slate" scenario. I assigned their group the scenario theme: "Clean slate – replacing the traditional K-12 classroom – what we would build if we started over?" And they brought back the answer: "A forest". This was an idea both metaphorical and literal. They saw education as a holistic, integrated ecosystem in which a learner explores, learns, interacts, and grows, like a forest. And they saw nature itself, like a forest, as the best classroom.

Another example put a twist on the idea. We gave a breakout group at a trade association meeting the following: "A New Generation Takes Charge–What would Millennials build if they decide to construct a new version of this industry?" Here the clean slate was an offering to a generation, the milennials, which is bringing new values, sensibilities, and business ideas, but which faces the fixed notions and established practices of a long-time industry. The resulting scenario, built by a team mainly of Baby Boomers, worked to understand and channel what milennials might create and want, and it was a sector driven by innovation, collaboration, and social connections.

What can we really do?

Exploring the "clean slate" scenario is not about supposing we can or will overturn the existing system, that is often impossible. But it is about stretching our thinking further from the hard core of the systems that exist. And it's just possible you will discover a whole new way by this process, that you'll find the next disruptive innovation, and that you'll be a part of remaking a system for the better.

Next post: MOOCs, Mobile and the Future of Higher Education