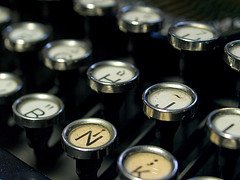 I have posted at johnmahaffie.com, the inverse of this theme: Six things studying the future has taught me about fiction writing

I’ve spent a couple of years deep in the ranks of amateur novelists, working on a couple of novels, which I will confess, though I am a futurist, are set in the past, one in 1916, and one in the 1970s. I am still learning the basics by writing fiction every day, but doing it has already paid off for my work as a futurist. How? Several ways.

1. The parts of the story not told
In building a body of work for a futures project, I learn a lot, and think a lot, and develop a lot of ideas. I collect lots of information. I begin to know the “whole” future that my client faces, or at least have a large body of conjecture about it. But like the readers of a novel, my clients don’t want to know everything about the future, just the part that matters and that they can act on. So, overall, what I discovered in writing my novels is, don’t put something in just because you thought of it and researched it, and went some trouble to create it. That’s not your reader’s, or your client’s problem.

2. Things are complicated
Reinforcing the lesson of foresight, and one that I can benefit from learning, relearning, and building upon, is that human systems are complex: there’s never just one cause for a change, the swirl of forces large and small shape and reshape the destiny of people, families, towns, cities, societies, humankind. In building stories about people, you get a stronger sense of that, it’s the combination of forces that create change.

3. Point of view matters
Writers have to work out the point of view, and the voice they use to get across their stories. In foresight, getting the story told, or the forecast communicated, or the call to action made, means understanding who you are exploring the future for, what’s in their heads, and what needs to be in their heads. We spend a lot of time working out what future to focus on, how to frame ideas about change, and whose interests we have in mind in doing so. The first acts of a foresight initiative involve answering the question, “What future?

4. What’s worth exploring is change
There’s not much for the futurist to do in exploring the present, other folks are far more expert at that. Our value is in looking at change and the intersections of different kinds of change. In fiction, it’s also change that matters. If a character doesn’t change, if there are no points of no return, if nothing really happens, you’ve set a scene but not told a story. In foresight, if you get caught up in the discovery of what’s going on now, you may end up a little smarter, but it’s much more valuable to get at vital changes, what they mean, and how things could turn out.

5. Show don’t tell
Good futures work is about conveying insights and wisdom, but also about explaining, supporting, and giving examples. So like the writer admonished to “show, don’t tell,” in communicating about the future, examples and specifics and the concrete do better work than generalities. Concepts and new framings are powerful, but without the support of a “such as,” or “for example” the listener or reader may not get or accept what you are talking about.

6. Story telling is the thing
Futures work includes telling stories, often those are scenarios–narratives of the future. And the more they work as stories, the better a job they do in getting ideas about the future across to people. The scenarios I’ve worked on lately are better stories, with greater attention to real human lives, ideas, and reactions. Too much of my work in the past played out technologies for technologies’ sake, at the expense of true, deep insights on people. It’s not that I didn’t know the importance of people in futures stories, it’s just that I’ve gained strength in know how to focus on that side.