The past cannot be our guide to the future

American strict constructionists say that the U.S. Constitution is an inviolable, bible-like guide to what must be in U.S. governance. The Constitution’s words, interpreted from the perspective of the framer’s “original intent” are to be adhered to no matter what.

It has become common in current U.S. politics for people to say that judges interpreting the law to fit new situations is “judicial activism”. This view and the political conflict from it seem likely to expand in the emerging U.S. political climate.

Strict constructionism does not allow for much if any modern interpretation of the Constitution’s articles and amendments, despite the historical and ongoing practice of interpreting the Constitution for new legal situations. Judicial review, in fact, is 209 years old, dating to the Supreme Court case Marbury vs. Madison, 1803. Yet it seems to be under challenge by some people today. They want to stick to the original language of the constitution, and what they think the Framer’s meant by it.

But living by standards set in 1789 is impossible. So what does it mean to wield the Constitution and “original intent” as a measure of what is right and wrong with the country? 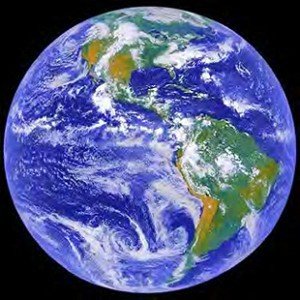 Environmentalists have a different Constitution to wield. It is, to put it simply, “nature” or “natural.” Nature, in their view means the Earth as it was before humans altered and manipulated it. “Natural” means a state of things unaltered by humans, and implies that we should use pristine nature as a guide for what we do and don’t do, and presumably work to reverse human-driven harm to the ecology, to put things back to their natural state. At the extreme end of this is the Earth First movement, which offers radical action as a way to put things back to their natural state.

But living by that standard is also impossible. It is too late to reverse civilization and its effects on the earth.  So then what does it mean to wield “nature” as a measure of what is right and wrong with the planet?

There is no guidebook for the future, no prescription or recipe for deciding what the future should look like. It’s not available in the Constitution, and it’s not available by studying what is “natural”. We have to find it as we go along.

We can keep to the spirit of the Constitution, the philosophies and broad goals of the founders of the United States, and I believe we should.

We can keep to the ideal that more natural is better than less, and protecting and putting right ecologies is a goal, and I believe we must.

Why do people turn to the U.S. Constitution, or an ideal of what is “natural” as a guide? Rather than trust others: policymakers, scientists, etc. to decide how things should be changed, they prefer to not trust today’s people to monkey with things. The independent text of the Constitution or a seemingly objective notion of what is natural are reassurance against contending groups who might have different plans and ideas. So we adhere to impossible standards, and assert their inviolability. Most people know better, and pragmatism finds its way through.

In neither case is it possible to chart a future course wielding a literal recipe for what should be. We have to foster change, adaptation, innovation. We can hove to the philosophy of the Framers of the Constitution, and we can fight hard to take care of nature, but ultimately we have to invent new ways forward. A nice summation of the environmental situation and the notion of how we will pilot “spaceship earth” can be found here.

All this, in my view, is an argument for the suite of tools from foresight for informing, interpreting, envisioning, and communicating about change.