Sam Adams and the art of persuasion 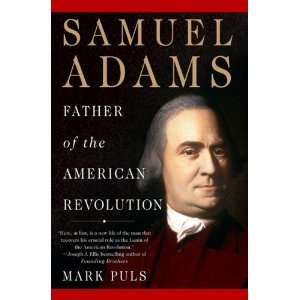 I am ever-more convinced that at the core of getting people to effectively explore their future is the ability to communicate and persuade people about change. So as I finished an excellent biography of Sam Adams this past week, I was struck by his approach to persuasion. It’s not hard to argue that he was critical to inspiring and launching the American Revolution—he was world-class at persuasion.

Here are, in brief, the techniques I’ve observed in learning about his political life.

Arm and Induce – enable people to discuss and learn more about, and understand the issues, rather than just telling them what they should believe. Thus Adams published pieces outlining the facts, ways the argument could be construed, points of view, and so on, and let people come to their own conclusions.

Draw implications – explore, non-judgmentally, what the outcomes of particular situations and changes could be. Lay out the possibilities, again, without suggesting a certain conclusion or a singular way of understanding the situation. This is like building a set of scenarios and offering as objectively as we can, a range of views of the future. Thus Adams opened up the questions at hand, broadened the views taken, and showed the possible meaning and implications of actions taken by the British Parliament and Crown.

Frame / Reframe – create new, better ways of understanding the issue, most often by opening up the question to a broader context and a deeper view into the future. Thus Adams didn’t only draft responses to the Stamp Act of 1765. He didn’t make it simply about an undue tax or cost burden on the colonists, he raised the issue to a fuller view of the colonies’ rights to self-government and implications of taxation without representation. This added a moral focus to a fiscal one. It inspired thoughts of self-government.

Build a network of allies and advocates – get more people first exploring the issue and then, presuming the merits of a particular point of view, aligning to support a cause or take a stand. Thus Adams got patriots in each colony to build “committees of correspondence” and ultimately legislative bodies independent of England to explore what people in the newly-emerging states wanted. This built a constituency in every colony for thoughts of greater self-government, and ultimately a home for talk of independence. It led directly to the formation of the Continental Congress.

Be patient – In all this work Adams restrained his natural impatience with a situation he was deeply unhappy about. He knew that patience was essential. As he started this process in the 1760s, few of his fellow colonists were ready to think about independence. They needed time to learn to think about profound change, and accept the scarier parts of it, but also gain comfort with a vision of life very different from what they were used to. He had to be patient.

We can draw lessons from this for foresight in society and in our organizations. Perhaps the core lesson is that it is not enough to simply insist you your view—opinions aren’t strong on their own. You have to bring people along.