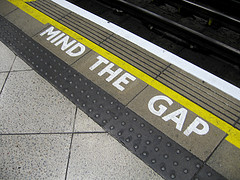 My daily newspaper is shrinking before my eyes. We’re entering a gap—the kind of gap that is common in changing systems—where the new (digital news) is not ready as the old (newspapers) fades away.

Print news is failing faster than digital news media can become adequate for our needs as a society. It’s not that online news is no good, and that print news is best. It is just that digital news is not fully-developed economically or institutionally. Digital “news” is still dominated by web sites and blogs that simply link to the offerings of the traditional media. They are not doing their own reporting, and meanwhile the print media are radically cutting back on reporting.

People see enormous life and vitality in online media, news websites, and news blogs. But in addition to the low level of reporting, most digital media are also not yet sustainable as businesses—the online news media have not proven themselves economically. Can they survive if the traditional media fails? What will they do if they can no longer tap traditional media?

We’ll probably get there—I expect to enjoy much more, higher-quality, online news before too long. But in this example, as in so many others, there is a lag between the decline or failure of established things, and the adequacy of what replaces them.

Other examples of historic and current gaps:

Manufacturing economies—dependent on a manufacturing base that has moved away, and with inadequate post-industrial economies to maintain employment and income, especially for the working classes.

Personal telephony—there was a lag in building secure, locatable, reliable mobile services comparable to landlines. Most important in this lag was the ability for emergency services to know where you called from if the call came from a mobile phone.

Letter writing—the art of letter writing faded away before we had embraced email and more current social media as ways to stay in touch, person to person. (Though for historians, the new forms of personal correspondence will likely prove inadequate.)

Physical fitness—our lives became substantially sedentary in the industrial and post-industrial era, and we’ve had to scramble to find ways to add back physical activity. Muscle work, which we once were paid to do, we now pay for in gym memberships.

What can futurists do about these gaps? We have several ways we can be valuable:

The awful economic crisis we’re experiencing now will accelerate the decline of a lot of things that were probably going to decline anyway, and in others force change where change needed to happen. With luck and with careful, futures-informed work, some of this can be “creative destruction”. In other words, good new things can come from the destruction of some systems. But that’s not an automatic process, we have to get to work on it.