It doesn’t seem like the world is going to hell 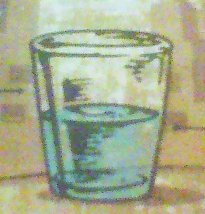 I spent a little time on a beach beside the Gulf of Mexico the other week. It was beautiful, and sitting there, I felt totally optimistic about the future. But I also felt that optimism on a day’s visit to Sea World with my son. The people there were friendly, happy, reasonably healthy, and engaged in learning about nature. Positive feelings often strike me when I fly over the great pine forests in the western United States. I get them when I visit an elementary classroom or coach a bunch of rambunctious 10-year-olds in baseball.

I am an instinctive optimist, even knee-jerk about it. The glass is always at least half full for me.

The futures field has people in it who are often tagged with being techno-optimists-they seem to think technology will fix everything. My malady is different–I am generally optimistic, not specifically so about technology–I harbor a lot of skepticism there–but I am optimistic about life in general.

I know and often meet people with the opposite problem. They keep right out front in their thinking and in how they encounter the world, a long list of problems and looming disasters. Americans are grossly overweight. Those 10-year-olds don’t know anything, those Western pine forests are afflicted with pine beetles and are dying. Climate change will flood the fine Gulf beaches we enjoy. In fact, there’s poison in the water, and so on.

In exploring the future with others, it’s important to not fall too far into either trap. Most people can’t do much with a doom and gloom view of the future. There has to be a potential positive future among the range of possibilities, or else we are denying that we have any power over our destinies.

On the other hand, we might too easily see everything as bright and positive and stifle discussions of the very real problems we face. In exploring the future, we have to fight both tendencies, and try to keep discussions on reasonable ground. The future is neither all-rosy, nor all-gloomy.

Extreme views should not be allowed to subvert thoughtful discussion. You can and should try to pull the story back towards a middle ground. No, the world isn’t going to hell, but that’s because we’re working to keep that from happening. We should get on with that work, and justify our optimism.

Next post: Foresight illustrated: The mother of all futures diagrams